In the light of complexity of data warehouse projects and of the close relationship between good design and good performance, quality has a crucial role both for the data quality and design quality.

In order to maintain the design quality during the conceptual modeling, Indyco Builder offers a dashboard to monitor metrics of design quality. To use this feature select the "Project metrics" command within the "View" section.

It assesses how well each project/data mart/fact/hierarchy has been documented by measuring the percentage of filled properties.

It assesses how understandable each data mart/fact/hierarchy is by counting the number of advanced DFM constructs included. 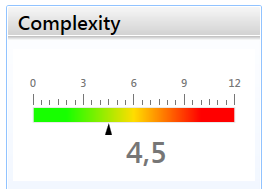 It assesses how well conformed hierarchies have been designed by measuring the sparseness of the bus matrix for each project/data mart. 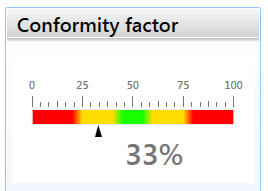 It assesses the OLAP navigability of each fact/hierarchy in terms of the roll-up paths expressed. 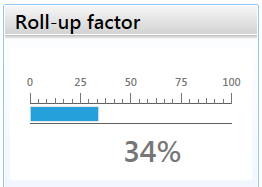 It assesses how similar two facts are by comparing their dimensions. 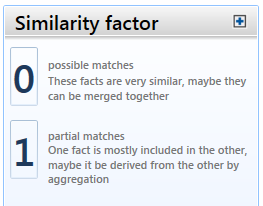 Possible matches are couples of facts very similar, maybe they can be merged together.

Partial matches are couples of facts where the first is mostly included in the second, maybe it be derived from the other by aggregation.

It assesses how understandable each data mart/fact/hierarchy is by measuring its size; 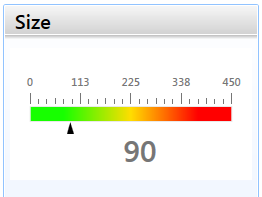